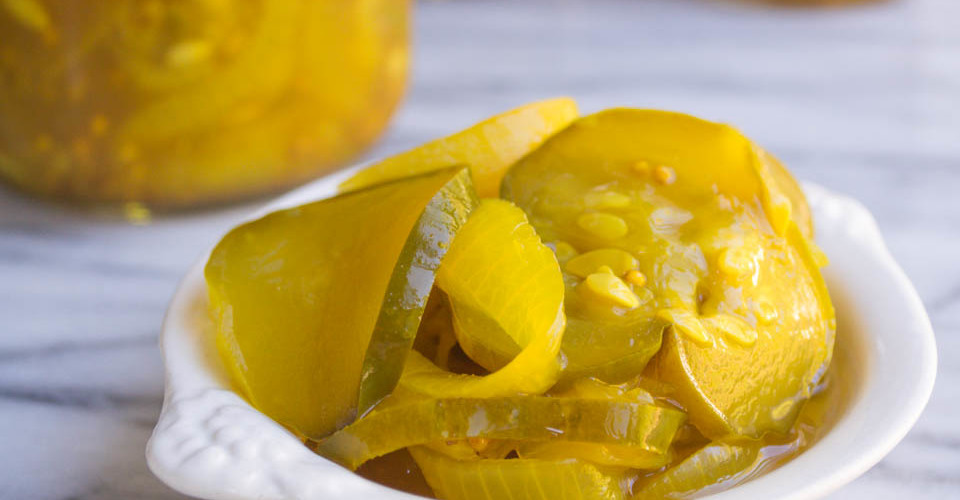 The Unprocessed Home is slowly but surely on the move, well at least a portion of it is. I am now beginning to see that it’s going to take a lot longer than I thought to move from one small homestead to our larger one at Meadows End Ranch. Patience is a virtue, thus my new mantra for the next two months before this is all over and done with. Things never go quite as planned, but hey that’s why we have plan B, C and D, right? This past week things have pretty much gone as planned, just not enough time to do all that was planned. If I could clone us, or attach a few extra arms to get all that needed to be packed, stacked, loaded, planned, thought about, and accomplished I would. However that wasn’t the way we were created so you do the best with what you have, and be thankful for that.

The first goal was to get Mr. TUH on the road. His Man zone was first on the docket. Packing and loading the garage onto the mondo trailer, was no small task. The trailer is quite extensive and of course it had to be improved with new side rails so the huge load could possibly maybe become even a little larger. (Can you hear Tim the tool guy grunting?) I mean if you are going to move across the state, you want to make the most of it, and make each trip count. We are doing the move in stages, and the first stage was to pack tools, and more tools, and everything stored in the garage and more tools, so that he had all he needed when he got to the new homestead to start the remodel. 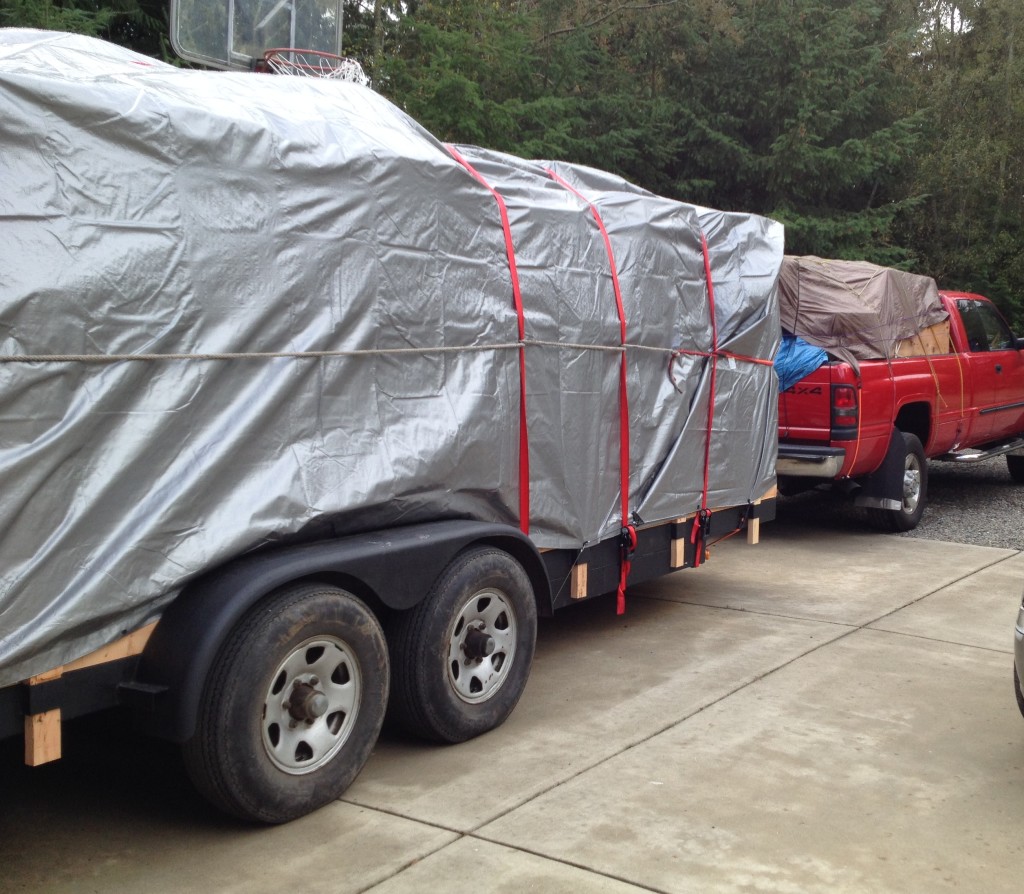 After what seemed like a month-long packing ordeal, and in some ways it was, boxes, tools, disassembling shelving, it all made its way into the trailer. Meanwhile there was much to be done in the house this past month too, getting it ready to sell. 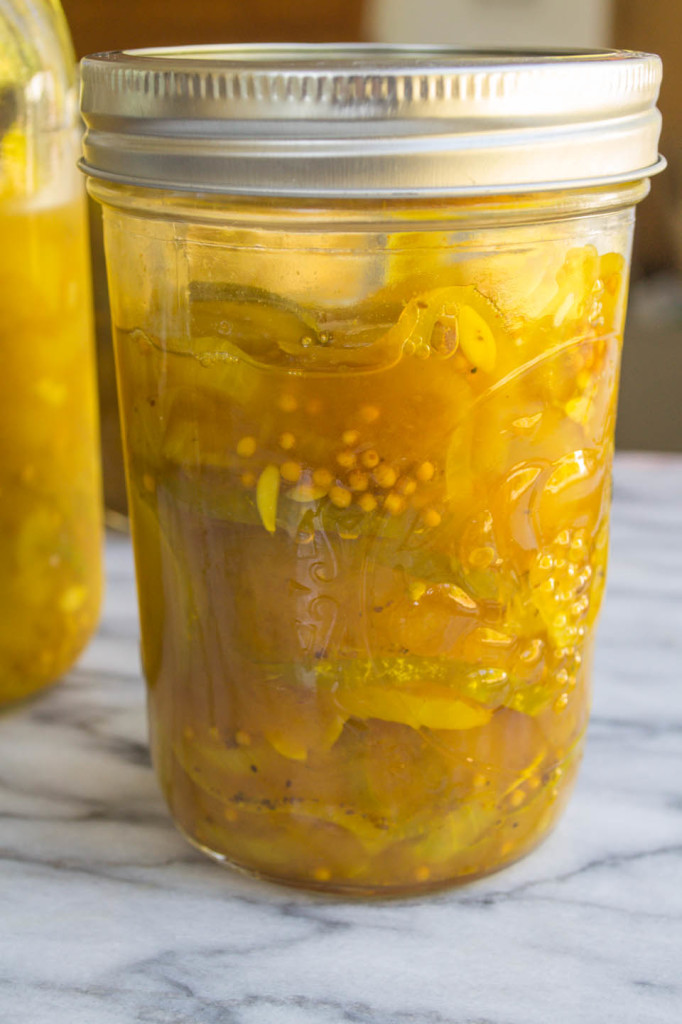 Most of my agenda as far as the garden, harvesting, cleaning, preserving got put on hold. Gratefully the weather is holding out and we haven’t had a frost. I did manage to squeeze out some time to put up my first batch of cucumbers into Bread and Butter Pickles. These pickles bring back sweet memories for me of holiday meals where these were served. My grandmother preserved pickles with this recipe as did my mom, so I loved it when I finally got enough cucumbers to make up a batch of Bread and Butter Pickles. Funny thing was after asking my mom for her recipe, I asked her where she got it and she promptly said well from the Better Homes and Garden cookbook. So much for thinking this was a steadfast old family recipe. Sure enough I got out my BHG cookbook and there it was. I really didn’t want to put 4 cups of white sugar in my pickles so I decided to switch it up a little and use honey instead. What foods bring back memories for you from your childhood? Feel free to share in the comments below, you might encourage a new traditional food for others to add to their holiday meals. Bread and Butter pickles don’t have to be just for holidays, and once you put up a batch you can savor them all winter long. Enjoy! 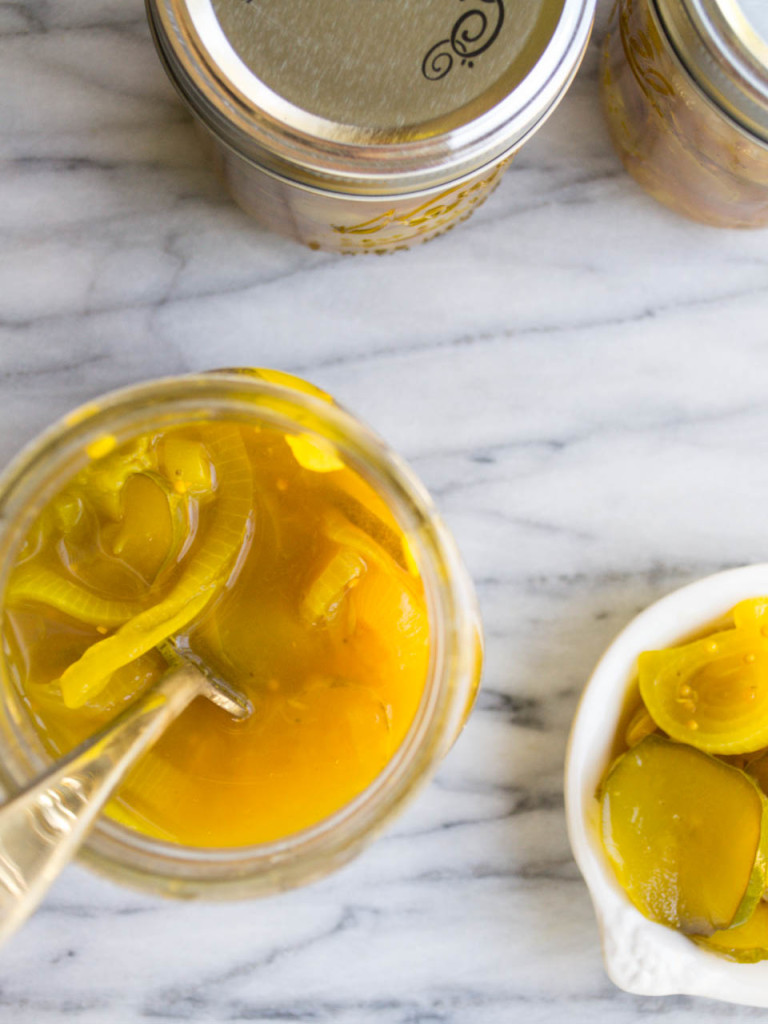 I feel like I have a whole bushel full of cucumbers more still needing to be preserved so up next are dill pickles by request.

Loosely adapted from the Better Homes and Gardens Cookbook

Ode To Summer In The Garden 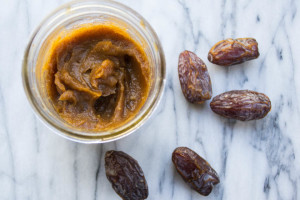 Medjool Date Paste, What's that, you say? It's the solution to eating less of processed sugars. Medjool Dates are like a diamond...
Copyright 2013 The Unprocessed Home
Back to top