Today was going to have some good in it after all, little did I know I would be making this Blueberry Peach Pie, instead of spending all day freezing peaches.  It’s the end of August and this morning I woke up to a heavy drizzle and a definite chill in the air, not something all that unusual in the Pacific northwest, but still, we have had an extraordinary warm summer, and I’m not quite ready to let it go.  Summer don’t leave me yet, Please. 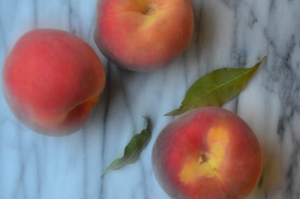 Besides being a drizzly day outside it was also going to be a drizzly day in my home and heart.  Today is the day that Little C. my grandson, daughter and son-in-law are moving to San Francisco.  As much as I am excited for them and this new chapter in their lives, and so very proud of them, I am also extremely sad to be seeing them go, let’s just say that is an understatement, sad just doesn’t cover it.   You see, I’ve only had this sweet, adorable, chunky munchkin (ok, grandmother pride shining through here) to kiss, and hold and rock to sleep for 6 months.   I just keep telling myself that they will be back, and it’s only a couple of hours airplane ride to visit them.  At one time they contemplated moving to New York, so I’m just glad that the job came up in San Francisco and not New York.  I am looking forward to exploring SF and having new exciting adventures with them down there. 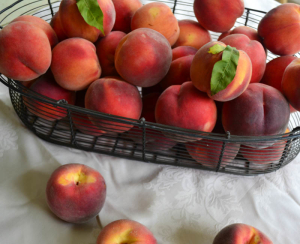 Today was also Peach Day.  What is peach day?  Well thanks for asking.   Every year as a fundraiser, our local boy scouts sell pesticide free peaches and this year I ordered two cases.  I have to be honest with you for the past week I have been dreading today, for more than one reason.  I was really not looking forward to working all day on freezing my peaches.  I know there are many who like to can and put up their produce that way, but I’ve been there, done that and haven’t traveled that road in a long time. 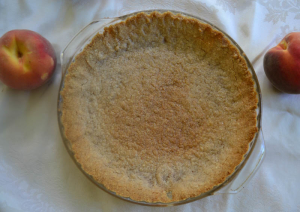 Freezing these beautiful little multi orange-colored fruits so full of juice you almost need to wear a bib, is much more my style, and yet I was dreading that too.  But alas, since I did order them and no peach fairy was going to jump out of the box and do it for me, I decided to get down to business. 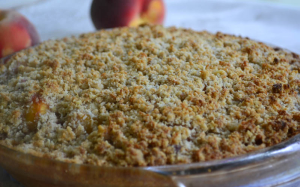 After a tearful goodbye to my precious grand baby, oh and to my daughter and son-in-law, of course I will miss them too, I needed to get busy, busy is good when you are sad.  I guess it was a good thing I had two cases of peaches staring me down, saying “freeze me, or I will spoil and rot, and attract millions of little fruit flies.”  I was already having visions of peach cobblers, peach pies, peach ice cream, oh yeah and peach smoothies, can’t forget those.  I started to sort through the peaches, picking out the ripe ones and setting aside the not so ripe ones.  To my surprise there were many more peaches that weren’t ripe than those that were ripe, so bummer I was going to have to put off freezing them probably until tomorrow, when they were riper, (can you hear the disappointment in my voice?). 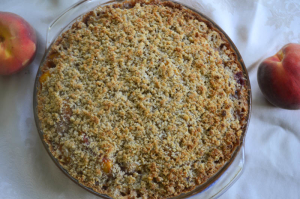 Meanwhile my creative juices were flowing and there were enough ripe peaches to be creative.  First I had to take some photos of these fuzzy symmetrical nuggets.   Call me crazy but I love taking photos of food, for the most part it smiles every time.  Then since I’m  having a BBQ at my house on Monday, what better reason to bake and create desserts full of fresh peaches.

My Kitchen is my special place and cooking and baking are very therapeutic for me.  So what better place to spend my day, baking away to minimize my sorrows.  The day went smooth, I got plenty of photos of some gorgeous peaches, those same peaches cooperated nicely and became a delightful Blueberry Peach Pie.  I ended the day walking on the beach with my husband, and Little C. called and we had a face time chat, not much chatting at 6 months, but lots of smiles and squeals.  I love being a grandmother in this day of technology.

This pie can go two ways, you can eat it warm and fresh out of the oven, it becomes more like a Blueberry Peach Crisp. 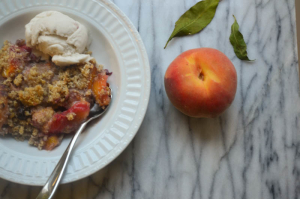 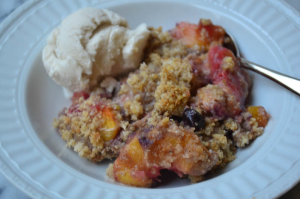 Or you can let it cool, put it in the refrigerator for several hours or overnight is the best and serve it when it is nice and firm and is served in all it’s glory looking like a pie. 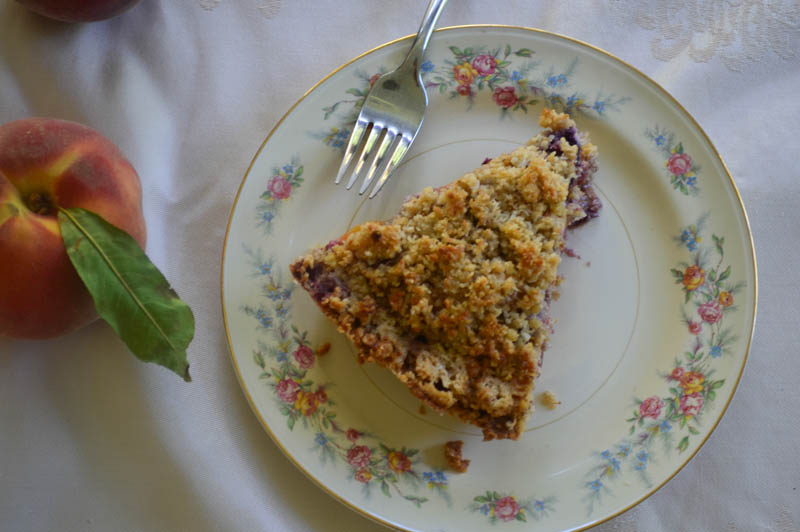 This recipe was inspired by Gluten Free and Vegan Holidays Cookbook.

Coconut and chocolate, what two better ingredients to put together.  These chocolate coconut macaroons with a touch of honey...
Copyright 2013 The Unprocessed Home
Back to top