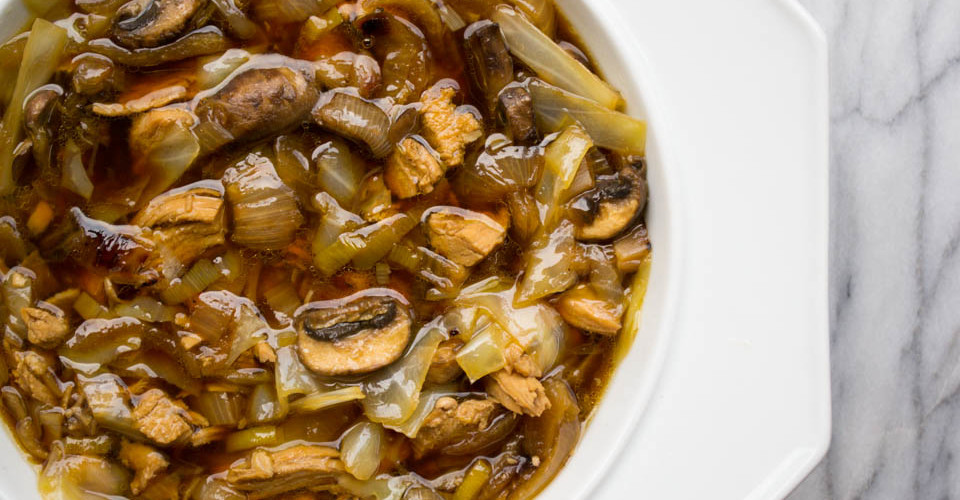 Asian Hot and Sour Soup is just the right soup for a this time of year. It has been blustery and stormy up in the Pacific Northwest, thank goodness the power hasn’t gone out. I think it has been raining sideways, something the animals aren’t too happy with. The patio furniture is blowing around and the pvc pipe that holds the netting to keep the birds out of my blueberries got assaulted by the rough winds. That will be something to fix in the garden. The Seattle Seahawks are playing this weekend and thought this would be a great soup to enjoy while we watched the game. Seahawk mania is going strong and crazy in this neck of the woods. 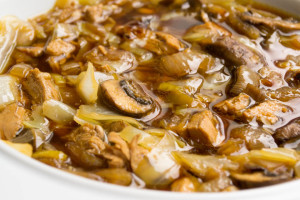 Last week I stopped by our local coop and treated myself to a bowl of Hot and Sour soup. It wasn’t something I had ever had before, but since I was still getting over a nasty cold the flavors and broth intrigued me. Of course it went into the have to make this myself file I keep in my head, and to keep that file from getting too big, I download it into my computer. It can be kind of tricky connecting my head to the computer. 🙂 It was pretty different from most of the soups I make, which spurred me on even more, I love being creative in the kitchen and am always ready for a good challenge. Since I already had a huge head of cabbage at home, and had been looking for something to cook with it, and onions are always on hand, I was already on my way to a nice pot of soup. 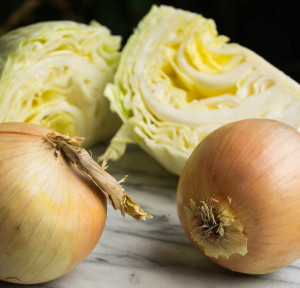 What will I do when winter is over and soup is no longer on the menu? I suppose it still could be, but isn’t it funny how our taste buds change with the season? I got busy creating my soup and had a few family taste testers encouraging me from the sidelines. Is it ready yet? Is it soup yet? Did you know that saying came from a 1970’s Lipton soup commercial? I remember that, ok I’m dating myself here so I will just forget that for now. Soup, we were discussing Asian Hot and Sour Soup. The broth is a key ingredient to this soup, as it is in most soup recipes, but more so in this one, or so I think. The caramelized onions and roasted garlic are two of the star players and the sesame oil too. I wouldn’t suggest substituting a different oil for the sesame oil, its flavor needs to be at the core of this soup. 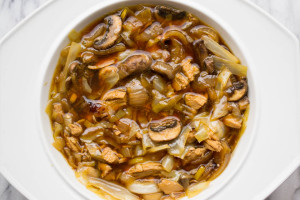 After chopping the mushrooms, onions, cabbage and leek, sauteing them to bring out their flavors and combining them with the amazing broth, the Hot and Sour soup came together. The aroma’s of the roasting garlic and caramelizing onions is enough to make anyone want to just eat those by themselves. Showing some self-restraint I combined them all and the end result was as my son stated, “the best soup you’ve made, Mom.” Those are any mother’s favorite words to hear. So get out your skillet, it’s time to get busy making some Asian Hot and Sour Soup. 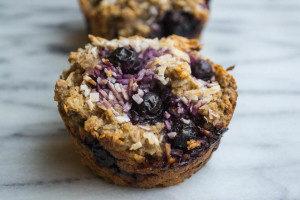 Double Blueberry Muffins are just what the doctor ordered for anyone having a blue kinda morning. Sounds like a good excuse...
Copyright 2013 The Unprocessed Home
Back to top