My daughter and son-in-law are coming to visit this week, which means my grandson will be here too. That always puts a smile on my face and usually makes me go straight to the kitchen to start making some of their favorites like this brown rice and kale salad.  It is rather simple and easy to make, especially with a rice cooker, something your kitchen shouldn’t be without.

Have you ever made a dish over and over and then happen to look at the recipe real close and go oops, never noticed it said …., and you have never made it using that ingredient?  Well that is exactly what I discovered I have been doing with this salad.  Have always used brown rice when making this salad and today noticed that in the cookbook it actually called for Wild Rice.  I’m sure it would be good with wild rice too, maybe next time.

Red peppers are one of the ingredients in this salad, but growing red peppers in the pacific northwest hasn’t worked for me.  It  just doesn’t seem to be warm enough here during the summer to produce many peppers.  However I always buy some at the local co-op when they are on sale, and even though I have hopes of roasting some and saving some for later use, they all seem to get used up so quickly that they are gone before any roasting takes place.

I don’t have any problems growing kale and I grow so much because I use so much mostly in my daily smoothie, and salads and main dishes that I’m afraid people might start calling me the kale queen.  Being able to not only use the kale from my garden, but also some green onions too that had wintered over, is a big bonus, using anything from the garden makes you feel like you have accomplished something.

Now if I only could grow a lemon tree. 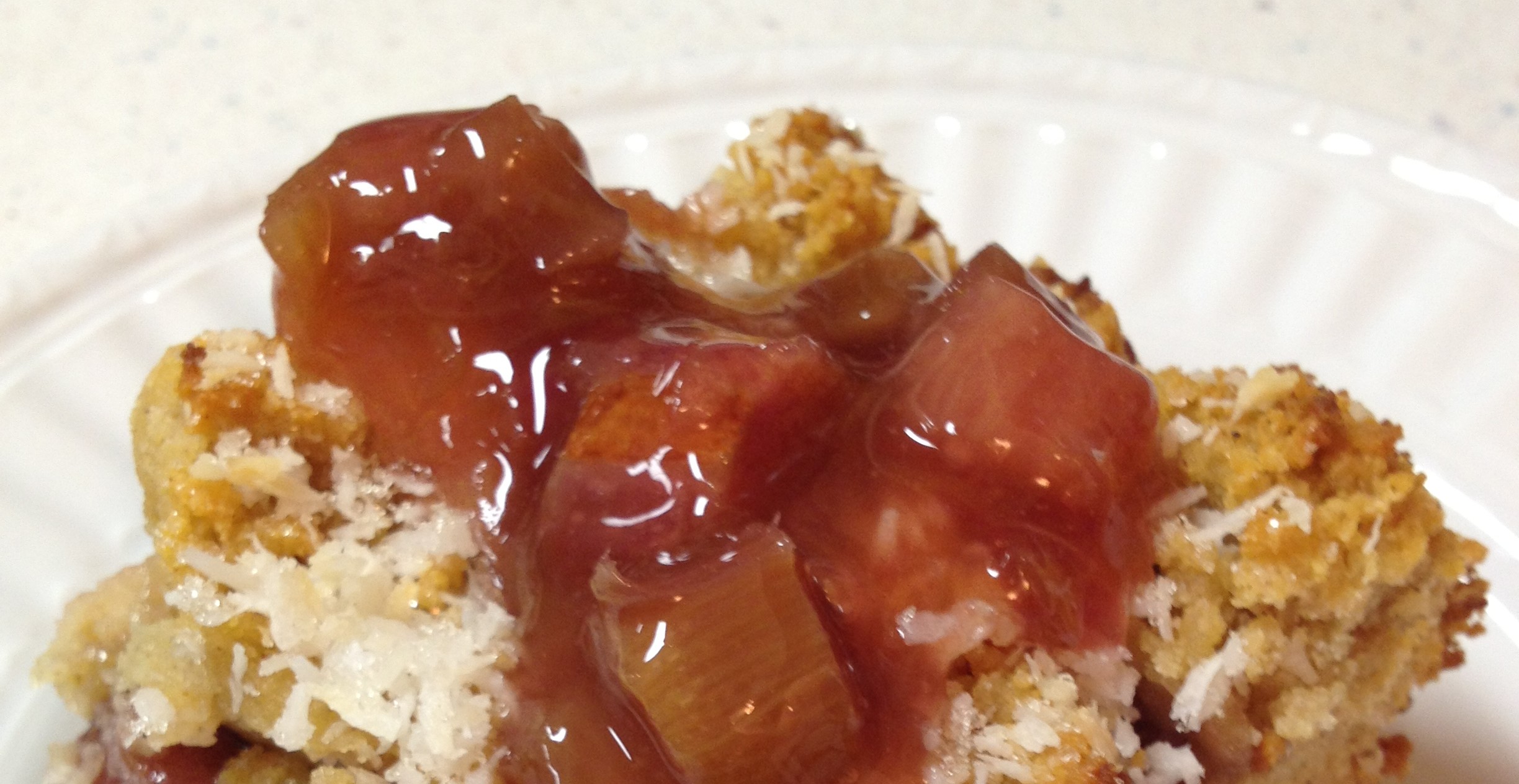 It's that time of year to start finding ways to make use of all that tart but savory rhubarb. I was given my rhubarb...
Copyright 2013 The Unprocessed Home
Back to top