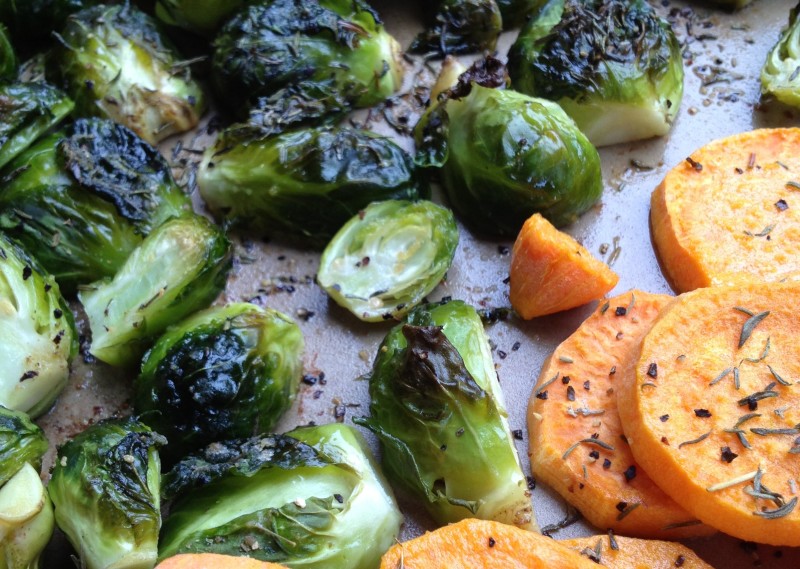 Do you have memories of when you were a kid of something your mother made for dinner and insisted on you eating even if you didn’t like it?  Even if it made you gag? I do, not too many things, actually only two that I can think of.  Asparagus and brussels sprouts.

My mother must have liked brussels sprouts because I can remember them being a regular item on the menu.  However the texture and the flavor just did my gag reflex in.  I know probably too much information, but my mom always said just eat one, you only have to eat just one.  But for me one was one too many. 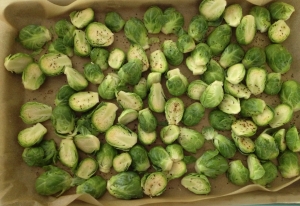 Fast forward to adulthood, my husband complains periodically “you never make brussels sprouts,  because you don’t like them so you never make them.”  Well he’s right on both accounts.

My mother was visiting recently and the topic of  brussels sprouts came up.  I guess she really does like brussels sprouts.  So I promised my husband I would make them in the next two weeks.  I had to give myself a time limit or it would easily get pushed to the back of my mind and  conveniently forgotten.

It must have been meant to be because lo and behold one day while at the co-op the brussels sprouts caught my eye.  I had made a promise, so into my cart they went.  Just a few days later I was reading an email and a friend mentioned that one of the favorite things she ate on her trip down south was you guessed it brussels sprouts.  Go figure.  It felt like the forces were converging on me. 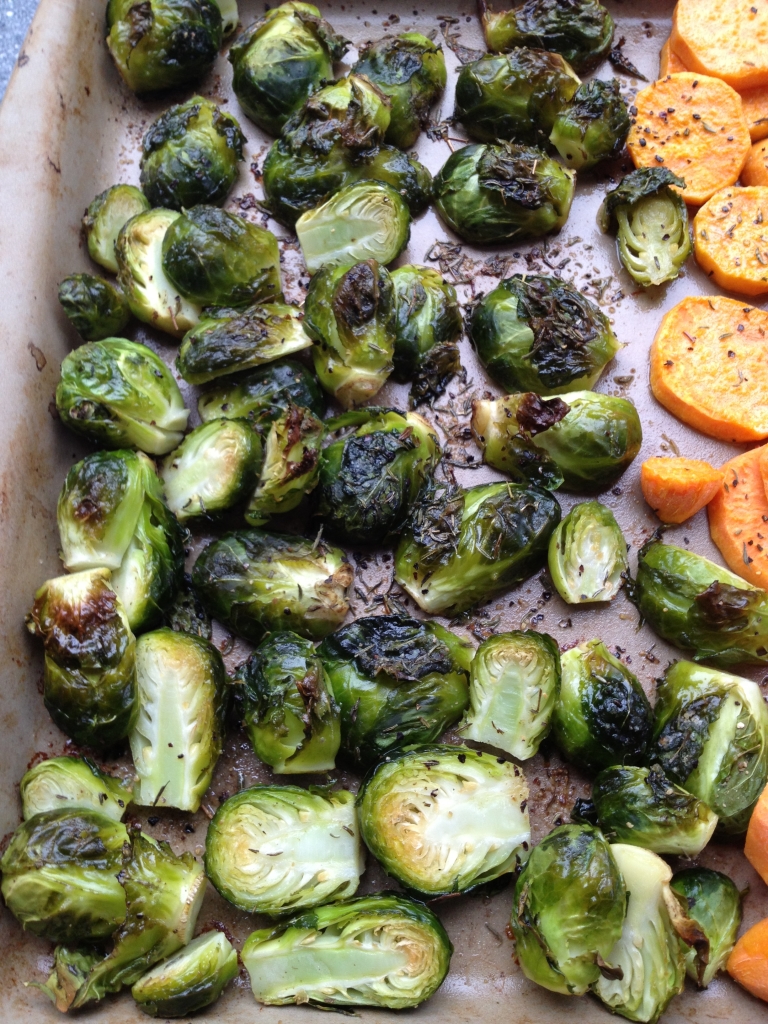 As it turned out baked is a whole lot better than boiled.  My taste buds have finally grown up because now baked brussels sprouts and asparagus are just two of my favorites.  We will expect to be seeing these on our table a lot more often than the very few times in the past.

Roasting vegetables in the oven is a very flavorful and simple way to put a beautiful and filling dish on your table. ...
Copyright 2013 The Unprocessed Home
Back to top